The 19th edition of the Burdinola Research Award was presented to Mrs. María Luz López Rodríguez in the auditorium of the Complutense University of Madrid. 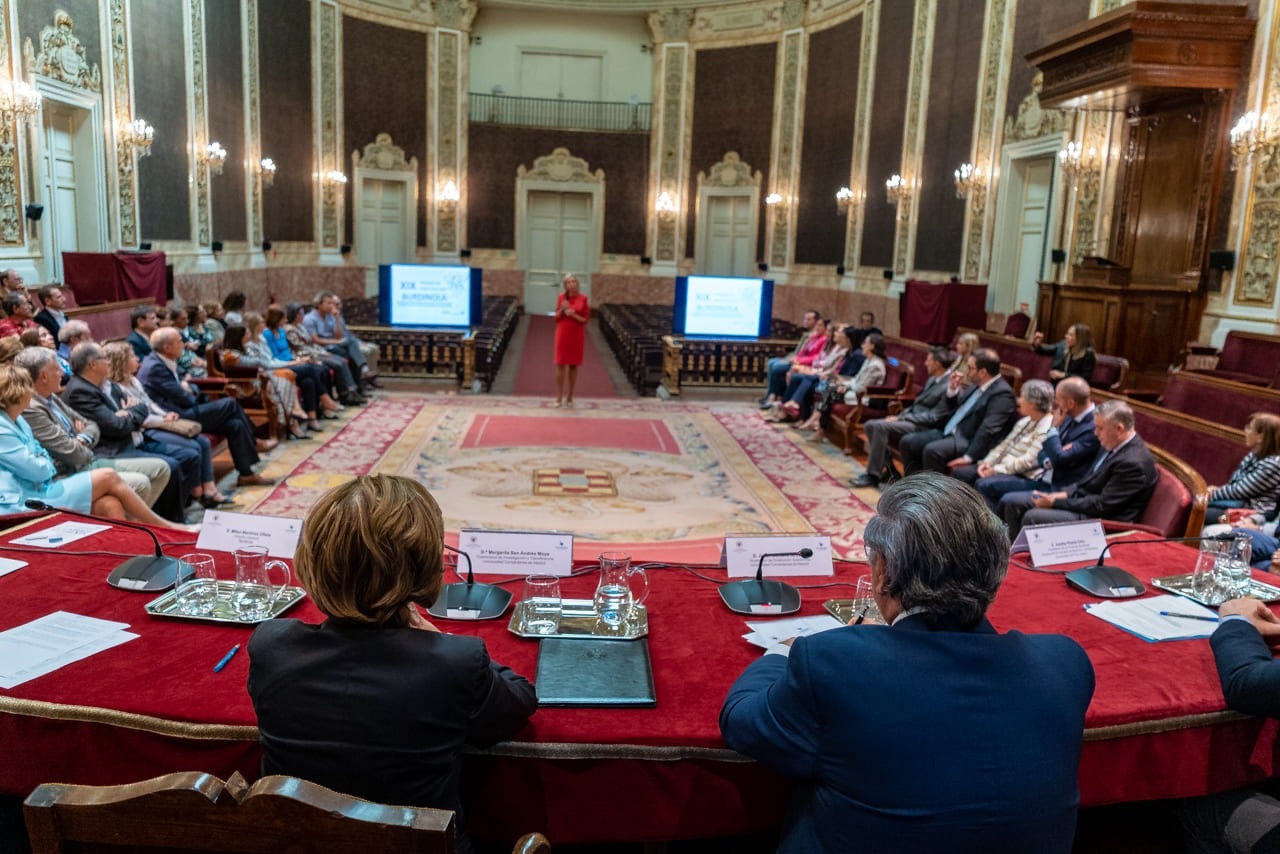 María Luz López Rodríguez (Professor of Organic Chemistry) has been recognised by the jury of the XIX Burdinola Research Prize as the winner of this award, which in this edition has sought to distinguish the most outstanding work in the field of research into new therapeutic targets and active ingredients. The ceremony was chaired by the Vicerector for Academic Planning, Mr. Javier Montero de Juan. Besides, the Vicerector for Research and Transfer, Ms. Margarita San Andrés was in charge of giving a speech about the award-winner. Both of them, chaired the table together with Joseba Pineda, the President of Burdinola Awards and Mikel Martínez, CEO of Burdinola. In the ceremony, the diploma of recognition was delivered as well as the economic endowment of €15,000. A very emotional act where the scientific and university community of the UCM wanted to accompany the winner.

The jury's decision was made known on July 19th during a meeting that took place at the Burdinola facilities and where seven experts evaluated the different applications. It should be noted that it has been a call with excellent participation both due to the number of applications received and their very high level.

The recognition of María Luz López is due precisely to the work she carries out in the Medical Chemistry laboratory at the Complutense University of Madrid. Over the last 25 years, her main interests have been focused on the search for new molecular entities aimed at the identification and validation of therapeutic targets related to pathologies of the central nervous system, bacterial infections and cancer. The group is composed of 18 members, including professors, pre- and post-doctoral researchers with different areas of specialisation, led by María Luz López herself. They are researching the development of new serotonin and dopamine receptor ligands as neuroprotective agents with therapeutic applications in the treatment of pain or in certain neurodegenerative diseases such as Parkinson's disease.

An activity in direct contact with the research teams and a special sensitivity to the social environment led Burdinola to come up with the idea of creating an award that would contribute to the recognition, valuation and encouragement of the scientific community. This aim materialised in 1993 with the launch of the first Burdinola Research Award. Since then, the list of winners has grown with great names in Spanish scientific activity, such as Ms. Margarita Salas, awarded in the first editions of the award, or Ms. María José Alonso and Ms. Laura Lechuga Gómez, both awarded in the last two editions.

Burdinola is an undisputed leading company at the national level and also at the international level in those countries where it has its own delegations and subsidiaries, 11 in total. It’s a company specialized in the planning and integration of laboratories, whose mission is the following one:  "We carry out the safest and most efficient laboratory projects in the world where researchers enjoy improving society." It is precisely this last point, that of "improving society" that moves and inspires Burdinola to continue calling year after year a new edition of the award with the same enthusiasm and repercussion of the first day in 1993.

Members of the Jury

Throughout these years, another of the hallmarks of the prize has been the high scientific level of the members of the jury. In this nineteenth edition, seven experts have evaluated the different candidatures and finally, taking into account the theme of this edition (research into new therapeutic targets and active ingredients), the winning candidature was chosen. The jury was chaired by Mr Joseba Pineda, Dean of the Faculty of Medicine and Nursing of the UPV- EHU, with Mr Alfonso Hernández, Director of the Euskoiker University-Business Foundation, as secretary. The committee also had five members: Mr. Ignacio Lizasoain from the UCM, Ms. Mercé Pallás from the UB, Mr. José Pedro Vaqué from the UC, Mr. Javier Meana from the UPV and Mr. Mikel Martínez, General Manager of Burdinola. 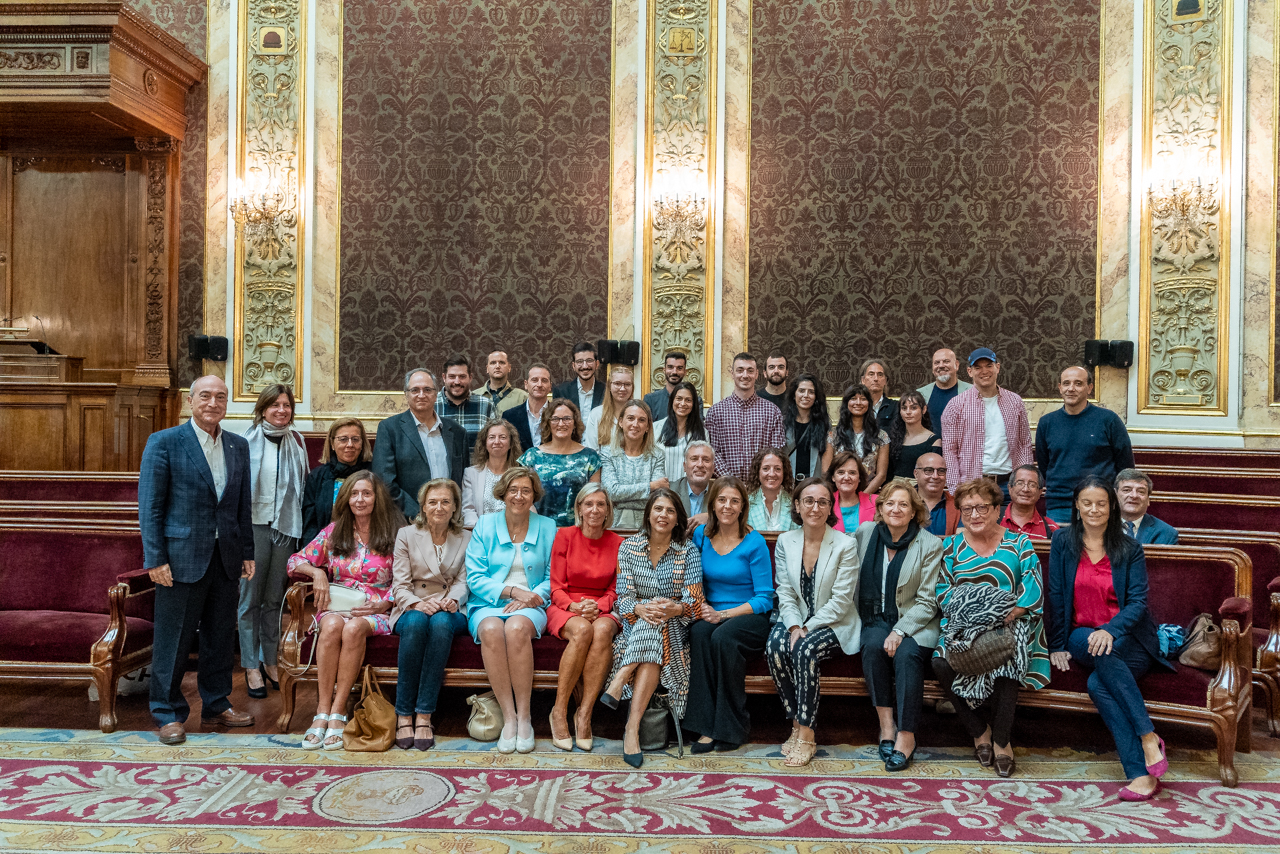 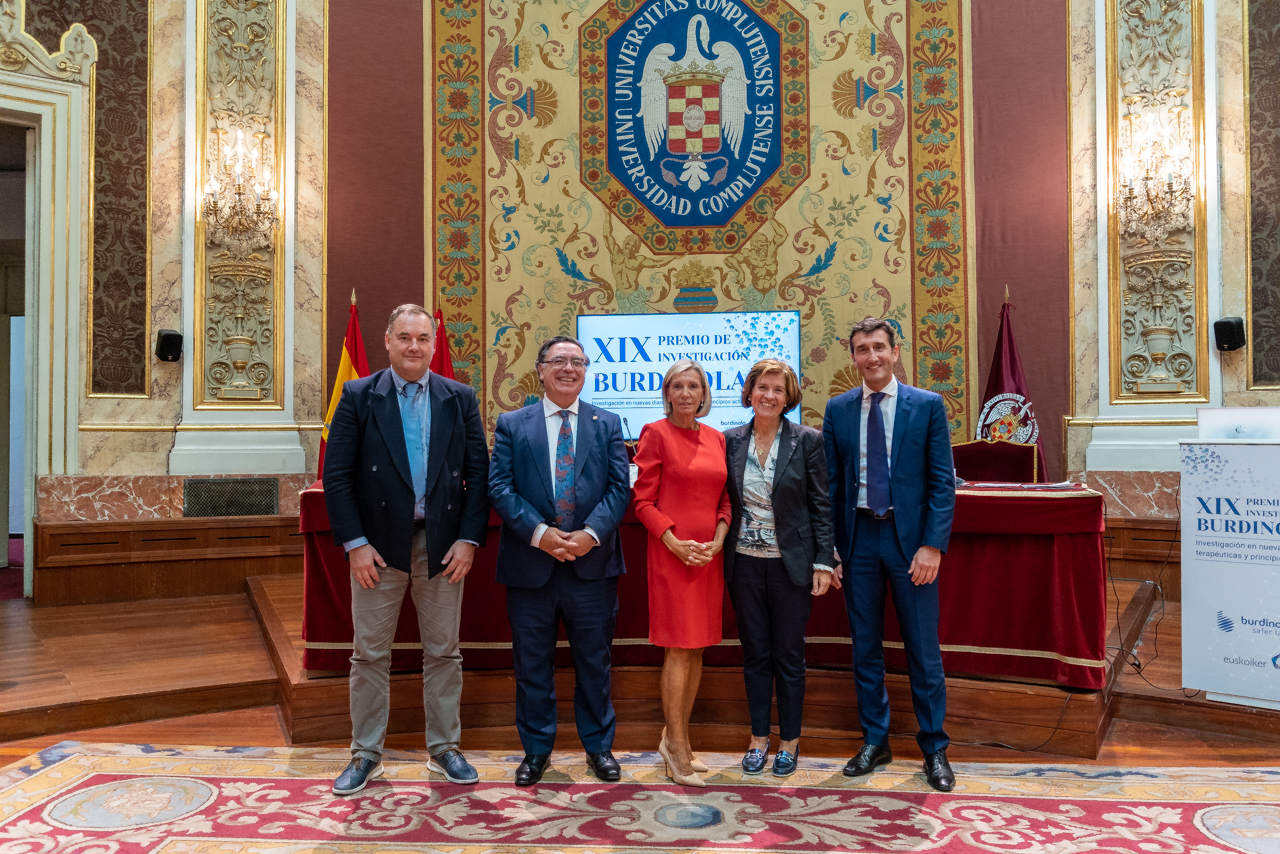 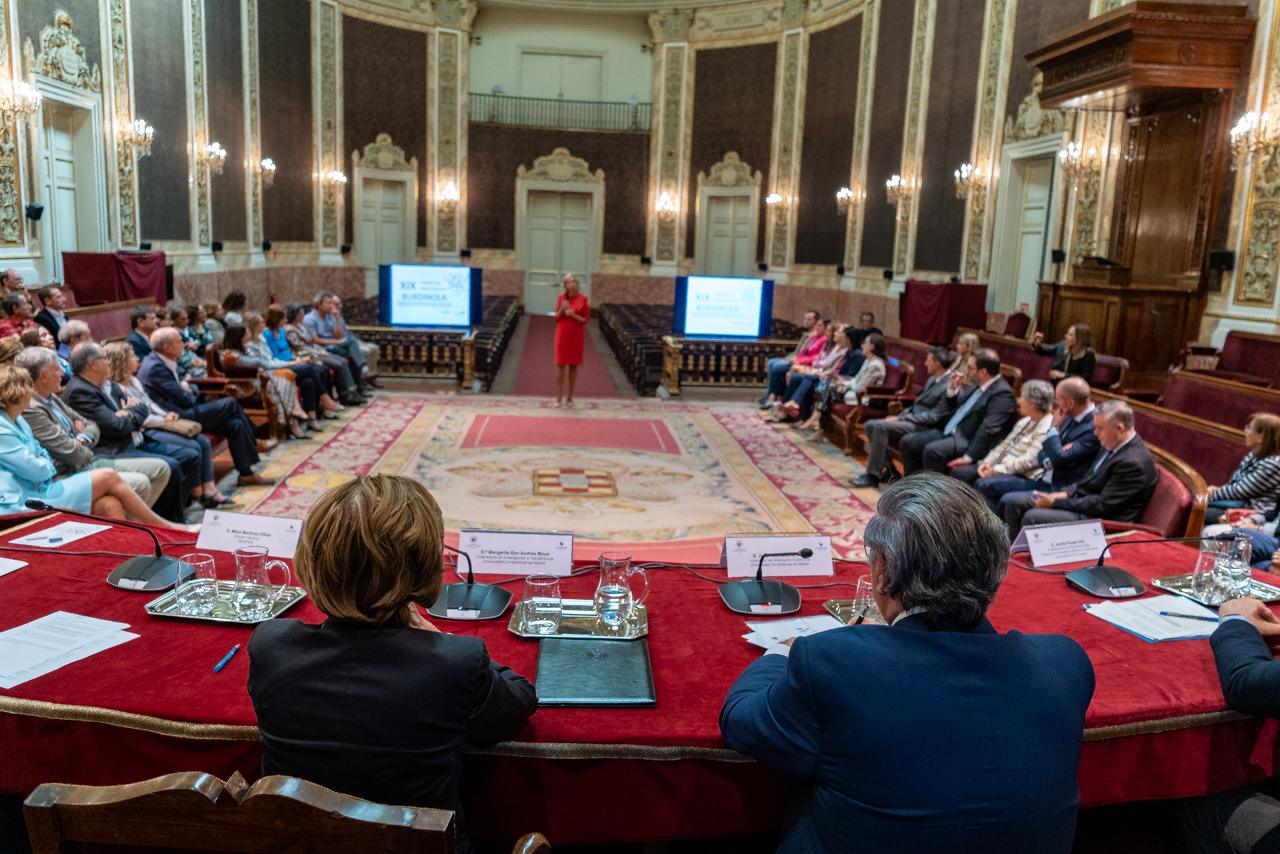