The event was presided over by the Rector of the University of Santiago de Compostela, Mr. Antonio López Díaz. The award recognises her work on advances in personalised and regenerative biomedicine in the field of nanotechnology. 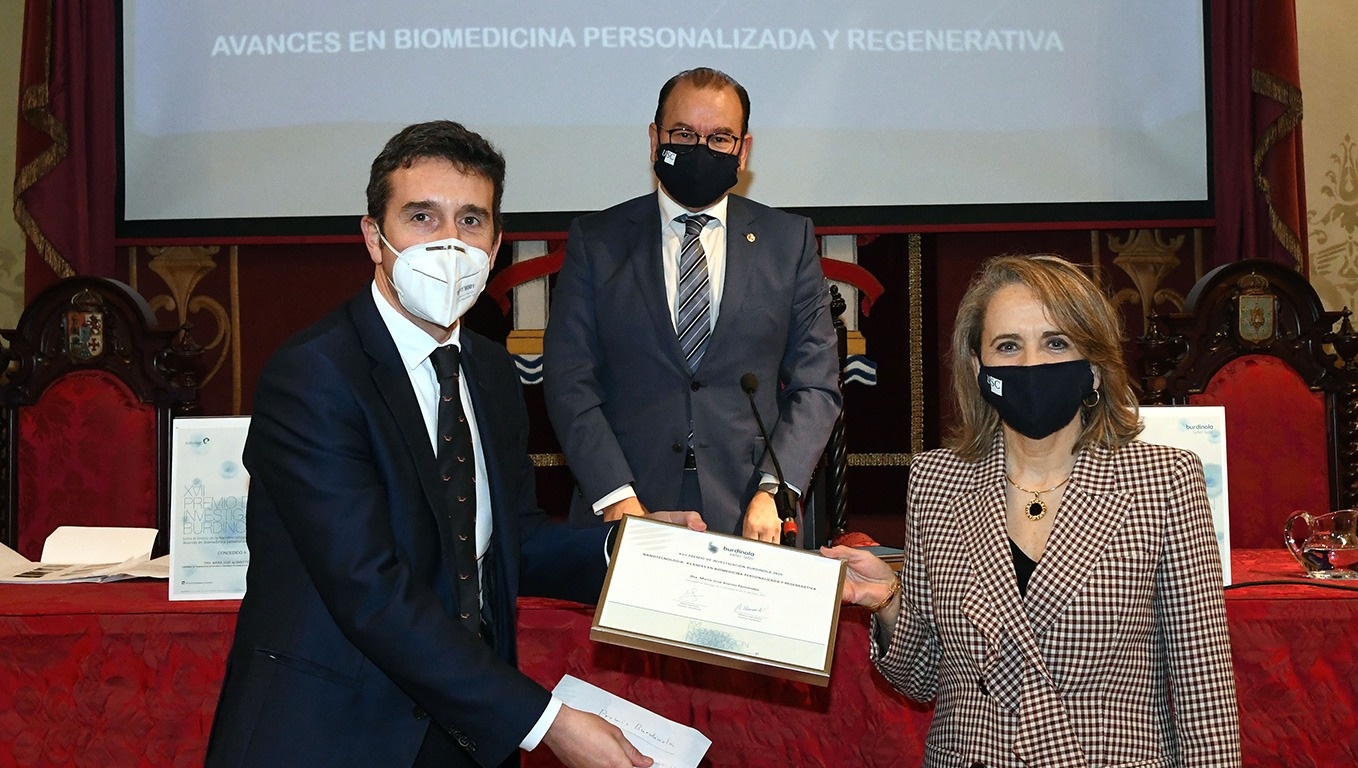 The award recognises the outstanding research work in the field of pharmaceutical nanotechnology, and specifically in the advances in personalised and regenerative medicine that Dr. Maria José Alonso leads together with a research group of approximately 25 people at the Centre for Research into Molecular Medicine and Chronic Diseases at the University of Santiago de Compostela (CIMUS). A diploma of recognition and a prize of 15,000 euros were presented at the event.

The event was attended by a large part of the city's scientific and university community, including a large number of experts from the different departments of the University of Santiago de Compostela.

During the same, the General Manager of Burdinola dedicated part of his speech to highlighting the future value of research in order to move towards a progressive and more competitive society, citing the latest winner of the Burdinola Research Award as an example.

On her return to Spain, she set up the country's first laboratory in the field of pharmaceutical nanotechnology. Since then, she has been coordinator of a number of consortiums and lead researcher on several cooperative projects funded by the World Health Organisation, the Bill and Melinda Gates Foundation and the European Commission.

Her research has driven the development of targeted delivery systems for drugs and vaccines. Of particular note is her work on personalised therapies for treating cancer, autoimmune diseases and developing vaccines.

An activity in direct contact with research teams and a special awareness of the social environment led Burdinola to come up with the idea of creating an award that would contribute to recognising, valuing and stimulating the scientific community. This idea materialised in 1993 with the launch of the first Burdinola Research Award. Since then, the list of award winners has continued to grow with some of the illustriuos names in Spanish science.